Kings Park in Stirling, Scotland, has been transformed to allow those with dementia to have a stroll outdoors and still feel safe. 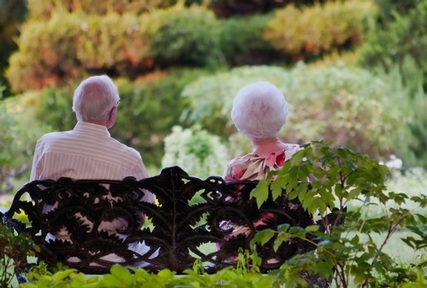 To create a welcoming outdoor space for people living with dementia, the park now has directional signage and more park benches. In addition, the park’s plants have been enhanced, the uneven paths have been repaired and there have been improvements to the visibility and the standard of the park facilities.

The dementia friendly park’s opening coincides with Dementia Awareness Week (4- 10 June) and is the result of efforts by Scotland’s walking charity Paths For All, which worked with the community to identify the best ways to make Kings Park dementia friendly.

“We want to create a welcoming environment to allow people with dementia and their carers to enjoy green space”, said a spokesman for the charity.

“There are many barriers for someone with dementia accessing the outdoors including a lack of information about accessible outdoor spaces, the services available (parking, paths, terrain, toilets, etc), required level of fitness, costs, safety concerns and transport issues.

“For someone living with dementia, getting out for a walk can reduce the feeling of isolation and help them maintain independence for longer.”

‘You forget any worries when you’re wandering’

It is estimated that Scotland has around 90,000 people with a dementia diagnosis who could benefit from more everyday walking opportunities.

People with dementia benefit from being outdoors and in contact with nature as it can help to relieve stress, increase self-esteem, produce vitamin D, and exercises the brain, helping with memory and cognitive functioning. 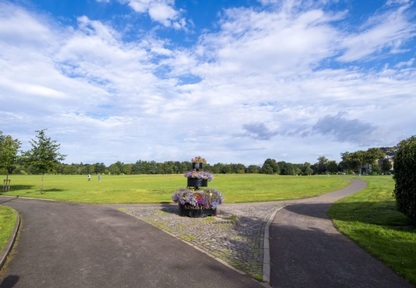 Credit: Paths for All

As part of its dementia friendly walking project, charity volunteers spoke to people living with dementia to ask how getting out for a stroll can benefit them.

One person with dementia told the charity: “It is getting you out. You sort of forget any worries when you are wandering around.”

The charity received £15,000 in 2017 from The William Grant Foundation in partnership with the Life Changes Trust to fund dementia friendly changes to the park. In March, an additional £6,000 was given by Stirling Council.

A leaflet with a map has also been created to assist with wayfinding and decision-making prior to visiting King’s Park.

Mental Health Minister Maureen Watt, who officially opened the park, said: “There has been a lot of work in recent years across Scotland to build dementia friendly and dementia enabled communities, through local partnerships and committed grass-roots work, and we want to see all communities becoming dementia friendly.

“The Kings Park project shows what can be done to help make our communities and green spaces more accessible and inclusive for people with dementia.”